What to Read to Prepare You for when Your Girlfriend Forces You to Read “The Fault in our Stars.”

Attention, teenage boys. If she hasn’t already discovered it, your girlfriend will shortly become entranced with John Green’s The Fault in our Stars. And you know what that means.

She will force you to read it.

Okay, maybe she’ll drag you to the movie that opened this weekend. But you probably aren’t going to get off that lightly. She will read the book. And she will fall in love with it. And she will give it to you saying that it will change your life.

Now, let me say up front that The Fault in our Stars is a great book. And it’s a book you should read. But let’s face it, it’s chick lit. It’s a book for teenage girls. It’s from a girl’s perspective, it’s got sappy romance in it, and its male hero is a guy who you will be compared to for your entire relationship and found wanting because he is too good to actually exist.

You will, however, be forced to read The Fault in our Stars. And you will be better off for reading it. In the end, you will probably enjoy it. But you should prepare yourself now for the experience, to make it easier and more enjoyable for you.

How do I know that you will be forced to read The Fault in our Stars? Because your girlfriend is going to get the idea from the book itself. Hazel, our plucky heroine, forces Augustus, her impossibly perfect boyfriend-to-be, to read her favorite book, An Imperial Affliction. He, in turn, forces her to read his favorite series of books based on a videogame that he loves. They both end up enjoying each other’s books.

This is what is going to inspire your girlfriend to make you read this book. And you should be prepared to give her a book in return. While I ought to put in a plug here for Sidekickit’s probably still too much a guy’s book. It won’t give you an insight on what your girlfriend sees in books, and it won’t be as easy for her to love as it was you (I hope). So I’m prepared to offer some suggestions for you. You should pick at least one of these books right now (as in as soon as you are done reading this article) and go read it. Then when your girlfriend comes rushing at you with the black-white-and-blue paperback you are going to get to know so well, you will have something to put in her hands in return. 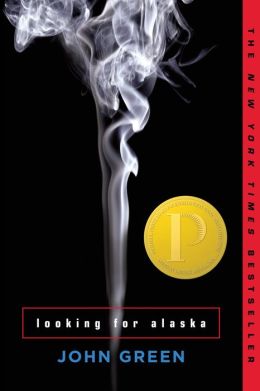 Probably the best way to prepare for a John Green novel is with another John Green novel. Believe it or not, John Green has not always written chick lit. TFioS (better get used to the acronym now; you will be using it in texts with your girlfriend soon) is his first book with a female narrator, written from her perspective. Up until now, his books have been pretty much firmly in the “guy” camp.

Looking for Alaska follows Miles (also known ironically as “Pudge”) as he transfers to a boarding school and meets a group or somewhat insane friends. Chief among them are his roommate, “The Colonel,” and the girl across the hall, Alaska Young. Alaska is your typical John Green female character: perky, quirky, deep, and batshit insane. You will fall in love with her right away. And just as Augustus is the too-good-to-be-real boyfriend you will be compared to for your entire relationship, your girlfriend will think of Alaska as the too-perfect-to-be-real girlfriend you must be secretly comparing her to. Maybe that will lead her to go easy on your imperfections.

And if The Colonel, Miles, and Alaska aren’t enough crazy for you, wait until you meet Takumi. I can all but guarantee you will wear a fox headband the next time you go out to do something stupid.

Best of all, Looking for Alaska is not light reading. It’s fun, upbeat, quirky, then takes you right off an emotional cliff. It’s brilliant, and will prepare you for the rollercoaster that is TFioS. 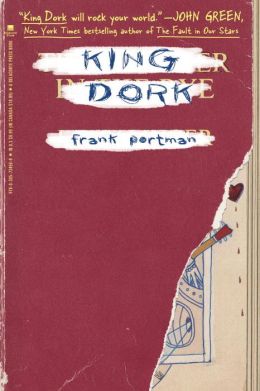 Did you have to read The Catcher in the Rye? Did you hate it as much as I do? You are in luck. Read this one.

Tom Henderson (known not so affectionately as “Moe,” as in “Chi-Mo,” as in “Child Molester,” you’ll find out why) is trying to survive high school with the help of his best friend Sam Hellerman (to whom he is permanently bound through the power of alphabetical order). They start a band. Okay, several bands. The names of which change every week or so whenever they get bored with the old name.

It’s a coming of age story in the modern world. It’s hilarious. It’s got some deep mysteries in it. But it’s not plodding, it’s not condescending, and none of the characters are anywhere as unreally perfect as the characters in TFioS. You will like them. Even the ones you’re supposed to hate.

This is one of my favorite books of the 21st Century so far. There’s a reason I put a dog-eared copy of it in Bobby’s backpack in Sidekick. And best of all, the sequel is finally coming out! Your girlfriend may not like it as much as she might some of the others on this list, but that will give you an excuse to not like everything she gives you. 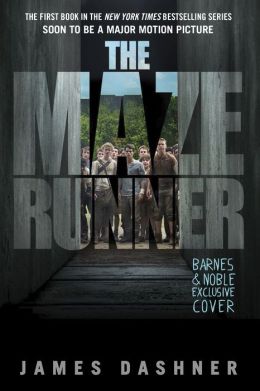 The girls had The Hunger Games, Divergent, and Legend. Finally, here’s some dystiopYAn fiction for guys.

Thomas wakes up inside a maze with a bunch of other boys and no memory. They have a nice structured life in their clearing in the middle of the maze, but the corridors around them are patrolled by some really nasty creatures.

Then a girl shows up and announces that she is the last one who will be sent. Supplies stop coming. Other nasty crap happens. And it’s up to Thomas to lead the boys (and girl) toward their destiny.

This book really is a boys’ Divergent. It’s dystopian, action packed, with mysteries to solve, and two sequels that take the story in really unexpected directions. You will really get a kick out of this one. And your girlfriend might enjoy it, too, if she likes other dystopian stuff.

Oh, and please read the book instead of seeing the movie. Yeah, I know the movie has Stiles from Teen Wolf in it, but read the book. You will thank me later.

True, it’s a paranormal romance, but unlike other series in this sub-genre, the Caster Chronicles (as this book and its sequels and spin-offs are known) are generally written from the point of view of the male protagonist, Ethan Waite. Ethan falls in love with Lena and finds out that (a) she’s magical and (b) she’s cursed. And all the fun spills out from there.

If you’re going to be forced to read romances by your girlfriend, this is a good chance to get used to some of the tropes of the genre while still having a protagonist who you can identify with.

Plus, the two comic relief characters of Ridley and Link proved so popular that they’ve been spun off into their own series. I’ll bet you fall for them harder than Ethan falls for Lena.

Again, please read the book and ignore the movie.

TFioS is, I must emphasize again, an amazing book. Well written, great storytelling, and worth reading. But if you’re reluctant to jump into it just because your girlfriend found it compelling, the books on this list will help you prepare your brain for the experience to come, and give you something to foist off on her in return. (And since Augustus and Hazel did that in TFioS she’ll probably find that fact romantic.) Pick one and go read it now. Then you’ll be ready.

And I guarantee you will love it.